What is a scar?

My experience of treating scars is based on working with both visible and invisible scars for over 15 years using myofascial release.

I often think the visible scar, the incision, from surgery or injury is only a very small part of the problem but that’s the bit we see and logically, is the bit we want to treat.

Having now got a very large abdominal scar, all 18cms of it, from just above my belly button to pubis, I can tell you from first hand experience what scars feel like. Funnily enough, the most uncomfortable part of my scar is a small part which crosses over another 20 year old 1cm long scar pulling it into a direction it has never been before. This area can be exquisitely sharp and painful when caught by clothing or when I lean against something.

I knew that because of the extent of my surgery I would need to get MFR treatment as soon as practically possible to try and avoid compensatory patterns of dysfunction and soft tissue adhesions. I had a total hysterectomy because I was carrying a watermelon. It really was an alien living inside me whom I called Wilbour, AKA, an ovarian cyst. Don’t ask me why, I have no idea, but that was Wilbour. Wilbour was on the large side. Even when the consultant saw him on the ultrasound she said ‘oh my!’ He was 22x10cm, the size of a 20-21 week old foetus and Wilbour had to vacate the premises tout suite – in case he burst.!! I looked 6 months pregnant, had morning back ache, acid reflux and intermittent stress incontinent- nice!! But what I didn’t have was any pain. So I had urgent surgery to remove everything along with Wilbour. My incision is big because he had to all be removed in one go as there was the potential risk of cancer and cutting anything apart to extricate it would have possibly spread any resident cancer.

As soon as I was back on the ward, I was doing my own style of focusing on the area, learning about my new body anatomy. I did lots of gentle leg stretches and placed my hands over my scar to connect with everything below, which I still do today 1 year on. When I was able,  I began to use my therapy ball laying on it in my hip flexor area, both sides, as well as gently treating my scar. I was almost 6 months post surgery before I could lie face down reasonably comfortably on a massage couch.

I often wonder whats going on inside my body. What happened to the gaps where my uterus and ovaries where?. What’s happened to the other structures supported by the uterus like the bladder? How much scar tissue has been created inside after they cut things out? The line of the incision really is nothing compared to the adhesions and changes in anatomical geography on the inside.

Over time, ‘creep’ develops. Creep is the delayed onset of adhesions and restrictions where the ECM becomes more viscous (thicker) stopping layers and structures gliding over each other. I think scars are like black holes where they suck and pull other structures towards them. Gradually, these adhesions affect the tensile nature of the body and you get asymmetry which has a knock on effect to balance, co-ordination and function.

Very often, dysfunction and pain at distant sites in the body can be traced back to surgery or injury scars. I always ask my clients if they have any scars from surgery or injury as they are often playing a part in dysfunction. Abdominal scars can often affect the lower extremities causing ankle and knee pain as well as pulling upwards into the anterior neck and jaw. Back surgery can also cause pelvic problems as well as digestion and elimination issues. Don’t under estimate the effect scars can have on the body and the older the scar, the more effect it can have.

BUT – all asymmetry, imbalance and dysfunction are caused by scarring, you just can’t see any incision. Overuse, misuse, underuse and disuse cause adhesions in the tissue and will cause pain and compensatory patterns. Scar tissue work is something myofascial therapists do every day in practice. We assess for soft tissue and fascial dysfunction and treat it accordingly. We feel, follow and treat all fascial adhesions visible or invisible.

But what about emotional scarring? If you have ever read books by Stanley Keleman you will know a little about emotional anatomy. There are other books as well discussing trauma like Pete Levine’s Waking the Tiger. These books discuss emotion and how that emotion manifests its self in body dysfunction. Emotional trauma is common, more common than you think and leaves its scars on the body, you just can’t see them but you can feel them.  Myofascial release is one of only a few treatment approaches that help clients to focus on their own bodies and to feel whats going on. Often emotions surface as the tissue reorganises from the hands-on treatment and the parasympathetic nervous system compensates for the ‘fight and flight’ response. Emotions such as grief, anger, frustration, hate and fear are scars and the skill of the MFR therapist is to work with the client helping them to process what they are feeling without judgement or force.

Over the years, I have had the privilege of working with many clients who have been able to work through horrendous memories of trauma including abuse, death, ill health, car accidents, falls, surgery and many others. Emotional scarring not only comes from a physical component or feeling but it can also come from a symbolic component. For example, the client who constantly struggled to breathe. It transpired that she had a constant feeling of being crushed, of not being good enough, and that the wind was constantly being taken away from her sails. Her emotion had manifested itself physically and myofascial treatments were able to help her build confidence and helped her to get rid of the feeling of not being able to breathe. Or the client who had unrelenting hip and leg pain. She felt that she had to walk on eggshells daily as she had been in an abusive relationship. Her fears and physical manifestations of them had become such an unconscious habit pattern, the awareness of the cause was outwoth her conscuousness so she didnt know how to change the pattern. Once the awareness was in her consciousness, she was able to remind herself that she was now safe and that it was ok to stand on her own two feet.

Even the oldest scar can be treated and a positive result can be gained. But, like everything else, scar tissue work is part of the bigger picture. MFR therapists always look for a treat visible scars and often find emotional scarring along the way, they go hand in hand. Emotion and physicality cannot be separated.

If you want to know more about MFR and emotions, I have a chapter in my book called ‘myofascial unwinding’ which discusses the spontaneous movement and emotional release as a response to myofascial treatments. ‘A Hands-On Guide to Myofascial Release’ published by Human Kinetics. 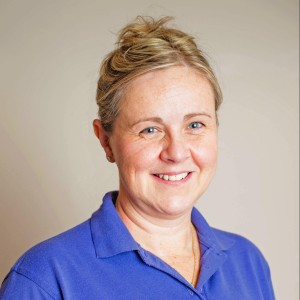 Fascia. This Mystery of its History

Biotensegrity – Putting it Into Clinical Practice

Recent research has provided a greater insight into the role and function of fascia and how Myofascial Release can be effective in treating pain and dysfunction.  If you are interested in training with MFR UK, Learn More

This is an exciting new workshop specifically for therapists who already have fundamental fascial/myofascial skills and wish to enhance their skills for sports performance and rehabilitation. Fascia 4 Sport is delivered

This is an exciting new workshop specifically for therapists who already have fundamental fascial/myofascial skills and wish to enhance their skills for sports performance and rehabilitation.

Fascia 4 Sport is delivered in a 2-day attendance workshop and a 1-day online theory course providing 3 days of CPD.

The Fascia 4 Sport workshop incorporates theory, current research and a variety of fascial approaches focusing on the restoration of altered or inhibited function in fascial tissue caused by acute and chronic sports injuries.  It is a practical oriented workshop designed to deliver an integrated, whole-body approach to the treatment of some of the most common sporting injuries that affect both amateur and elite athletes.

Using a combination of on line study and practical techniques, therapists will learn advanced manual therapy skills for working with athletes and is designed to:-

At the conclusion of the workshop participants will have a fantastic array of techniques to apply in a sporting context whether they are working in a club environment or working individually with amateur, professional or elite athletes across a number of sporting disciplines.

Learning Outcomes
At the conclusion of the workshop participants will be able to:-

This workshops is suitable for those working predominantly in a sporting context or whose client/patient base is comprised athletes and sports people such as:-

Additionally, all students must have a fundamental competency in fascial theroy and practical application and therefore must have either completed at least the Structural Series 1 with Myofascial Release UK or have attended a similarly accredited 2-day myofascial release course with another training provider.

MFR UK reserves the right to refuse attendance if the students does not have the relevant pre-requsites.

This workshop is not part of the Advanced Clinical Diploma in Integrated Myfascial Therapy.

Tickets are not available for sale any more for this event!

Fascia. This Mystery of its History