Myofascial Pain and Hormones
The trial period has expired please purchase if you like to continue using the theme.
With Over Two Decades Of Experience, MFR UK Provides In-Person Workshops, Blended Learning Programmes And Online Courses For Professional Therapists

Do women experience more pain than men? Does this suggest that female physiology is different and if so, what factors influence the pain experience?

In the UK in 2019, 50% more women lived with chronic low back pain than men (1). The NHS report that seven times more women experience Fibromyalgia than men (2). While consideration must be made to various other factors such as socioeconomic (education, income and occupation), comorbidity (other health issues), culture, beliefs, and family life, could sex hormones contribute to the experience of pain?

Recent studies have eluded to the role that the fascial system may play in the experience of pain as it is influenced by female sex hormones, specifically relaxin and oestrogen. When hormone levels change, the fascial tissue can become less or more dense accordingly. Dense fascia can compress the nervous system increasing the pain experience. Less dense fascia, which is less supportive, increases ligament laxity and decreases control and coordination of movement, often resulting in injury.

The hormone relaxin is released during menstruation and is at its peak during the first trimester of pregnancy. Relaxin prepares the uterus for accepting embryonic implantation and continues to support foetal development via the placenta. Relaxin also supports soft tissue and bone remodelling and plays a role in tissue inflammation and fibrosis (3). Like relaxin, oestrogen is involved in tissue remodelling but also plays an important role in female development, cardiovascular health and metabolism. 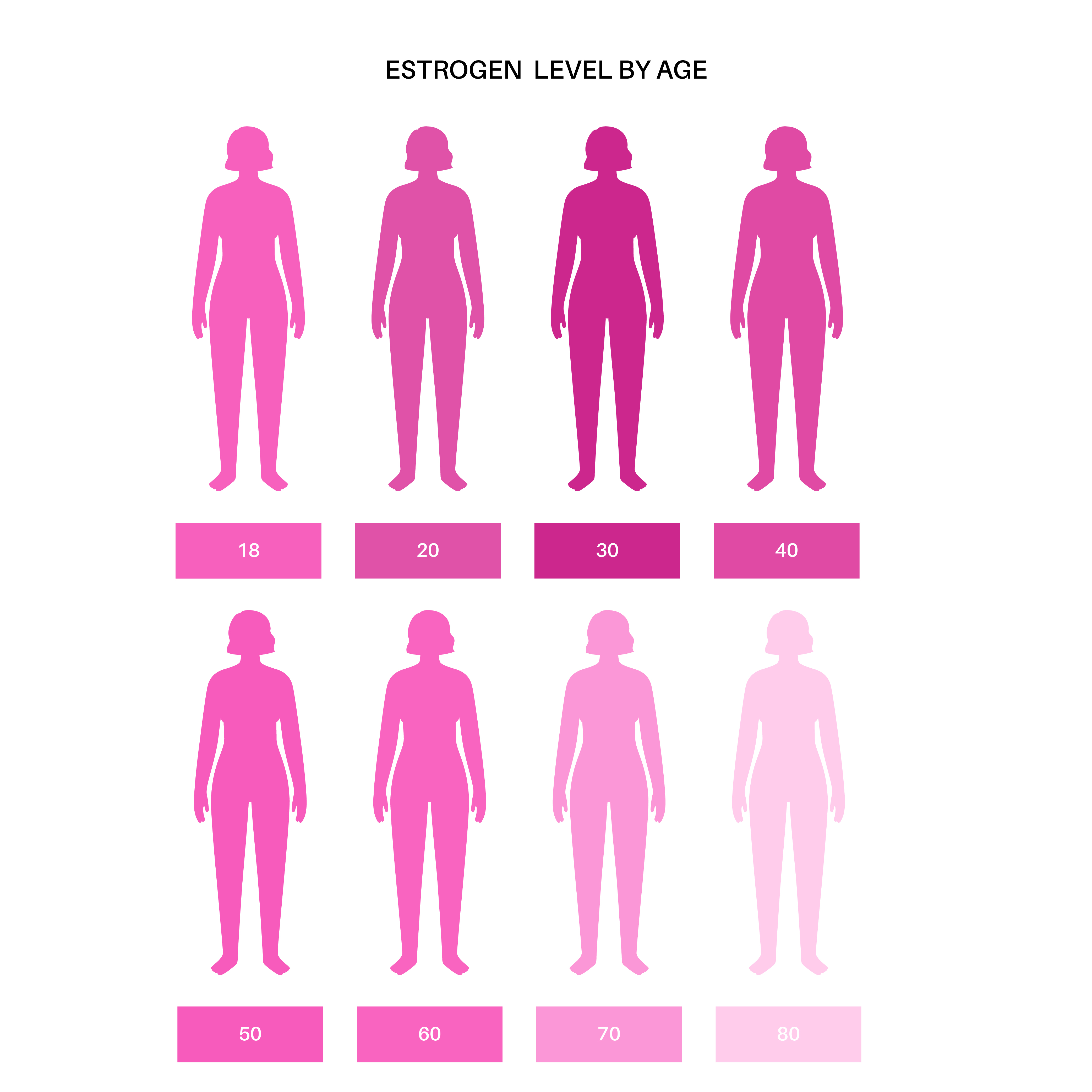 Pregnancy, for many women, reduces their everyday daily pain experience. This is due to an increased release of relaxin which prepares the body for birth, eventually allowing the pelvis  and cervix to widen during labour. However, relaxin doesn’t discriminate. While some historical pain may be reduced during pregnancy, some women may experience unfamiliar pain as their body becomes more mobile than usual carrying the weight of their unborn child (4).

As relaxin is also released during menstruation, it is thought that women could experience more sporting injuries during certain phases of their menstrual cycle.

As relaxin is also released during menstruation, it is thought that women could experience more sporting injuries during certain phases of their menstrual cycle. For this reason, menstrual cycles are commonly factored into female elite athlete training programmes where some clubs and teams use apps to assess training, load, performance and recovery. A female athlete can record her menstrual cycle and moderate her training to consider muscle and joint loading avoiding potential injury and maintaining performance (4).

Additionally, many women experience an increase in pain levels during menopause and post-menopause. Menopause is considered the 12 month time period where a woman finishes mensurating. Post-menopause is the time period after a consecutive 12 month period without menstruation. Commonly, it was thought that menopausal and post-menopausal pain was age-related stiffness. However, recent research suggests that a reduction in oestrogen levels increases fascial density resulting in increased stiffness and an increase of the experience of pain (5).

However, recent research suggests that a reduction in oestrogen levels increases fascial density resulting in increased stiffness and an increase of the experience of pain.

Fascia is a ubiquitous tissue. It exists everywhere in the human body and has been described as the ‘Cinderella of the orthopaedic tissues’ (6). It is also thought to be the largest human body system because it touches all other structures (7). Robert Schleip, a well-known fascial researcher and bodyworker, discusses the entire fascial network as having 50 million more nerve endings than the skin and over 120 million more sensory nerve endings than the eye (8). 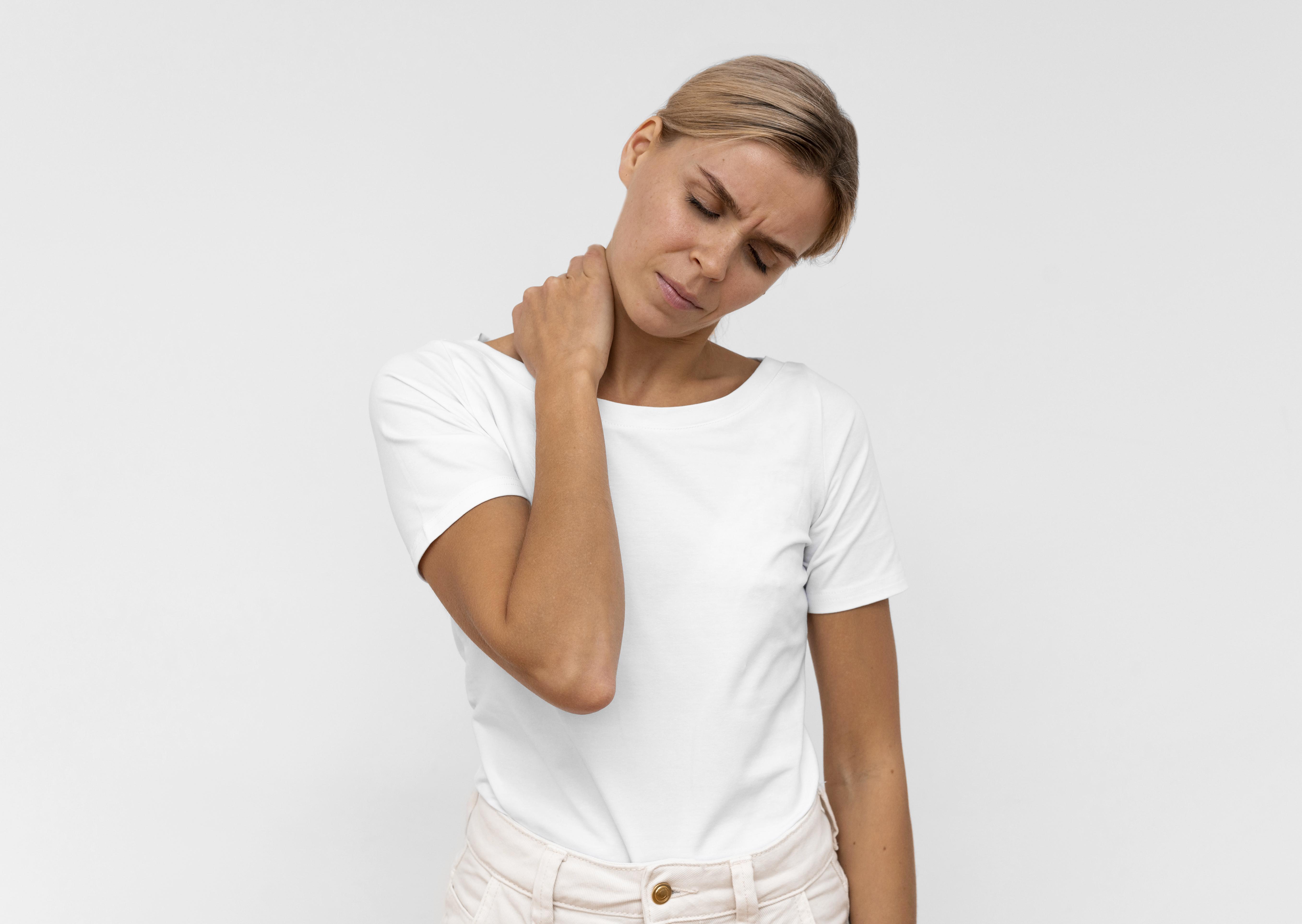 The fascial system is totally integrated and is the immediate environment of every cell in the body. This tensional network can also adapt its fibre arrangement and density according to the local and tensional demands (9).

The fascia is comprised of two main types of collagen, collagen I and collagen III. Type I collagen is the most abundant collagen in the body. It is found in tendons, skin, artery walls, cornea, the endomysium surrounding muscle fibres, fibrocartilage, the organic part of bones and teeth and scar tissue. Type III collagen is found in artery walls, skin, intestines and the uterus. It is also found in granulation tissue, the immature tissue that helps heal a wound.

Collagen I provides the fascial tissue with strength and resistance to tensile stressors. In contrast, collagen III provides a degree of elasticity. The extracellular matrix (ECM) comprises collagen fibres, proteoglycans, glycosaminoglycans, elastin and fibronectin all creating a dynamic tissue environment. Fascia supports, protects, separates and binds all other body structures. The ECM also plays a contributing role in movement, coordination and function.

The most simple analogy is to view the fibres and the ECM as a casserole dish of meat and vegetable stew in gravy. The meat is the collagen, the vegetables are the other fibres, such as elastin and fibronectin and, the gravy is the gel-like ground substance. The gravy connects all the components but, at the same time, creates separation.

Fibroblasts, specialised cells, produce collagen within the fascial tissues. Fibroblasts also produce glycosaminoglycans and proteoglycans for the ECM. You may know the ECM as the ‘ground substance’. Fibroblasts have receptors on their cell surface, allowing them to respond to their environment. Some receptors respond to hormone levels, including oestrogen and relaxin. Cell receptor signalling causes a cell to function in a particular way. Hormone levels within the fascial tissue will cause fibroblasts to produce more or less collagen, glycosaminoglycans and proteoglycans.

In vitro (tissue specimens in a lab) research by Fede et al., (4) and (5), discovered that sex hormone levels did affect the composition of fascial tissues. They found that when sex hormone levels were decreased, collagen type I levels increased. Since collagen type I is involved in tissue stiffness, this research suggests that when women experience decreased sex hormones during menopause, the fascia becomes more dense.

When fascia is dense, it compresses nerves, specifically nociceptors.

When fascia is dense, it compresses nerves, specifically nociceptors. When compressed, nociceptors respond to tissue damage and send action potentials via the dorsal horn to the brain that is recognised as pain. Additionally, dense fascia also increases the inflammatory response resulting in a chemical exchange at cellular level where inflammatory cytokines stimulate and activate the same nociceptors sending a cascade of information to the brain resulting in pain. Further, when the nociceptors are continually bombarded with information, they experience an increased sensitivity which, over time, results in peripheral and central sensitisation. Both peripheral and central sensitisation are considered to be a major mechanism in chronic pain in the absence of tissue injury.

Conversely, Fede et al., (4) and (5) also concluded that when sex hormone levels increased, the fascial tissues became more lax and elastic. Laxity was due to the resultant increased production of collagen type III and less collagen type I.

Chronic pain is multifactorial. However, when hormone levels influence fascia, it does look possible that the resultant effect may influence the pain experience.

Could this knowledge contribute to our treatments? Perhaps a pre-menopausal woman, including athletes, experiencing chronic pain could benefit from fascia orientated manual therapy when she is treated during her menstrual cycle. The positive effect may be an increased treatment outcome as her tissue may respond better, as it is suggested that the tissues are less dense during the menstrual cycle. The downside may be that some women experience more emotional strain during menstruation and suffer from menstrual pain that they may simply not be able to tolerate bodywork at that time. While these treatment consideration are plausible, individual assessment and communication is required as some women simply don’t like being treated when they are menstruating.

Chronic pain is multifactorial. However, when hormone levels influence fascia, it does look possible that the resultant effect may influence the pain experience.

Menopausal and post-menopausal women may benefit from more regular fascia orientated manual therapy treatments due to potential tissue density from a reduction in oestrogen levels. As the fascial system is highly sensory in nature, chronic pain, including low back pain and Fibromyalgia in menopausal and post-menopausal women, may be due to a decrease in oestrogen levels. However, as osteoporosis is common in menopause due to a reduction in oestrogen, local contraindications should be considered.

There is still much that we don’t yet understand about hormones and their affects on the body. Fascial research has increased dramatically in recent years. However to study fascia means that tissue is researched in vitro in a laboratory. As the fascial system communicates with every other body tissue, to research only one small part, will only provide a hypothesis of the whole. Despite limited research, it is worth considering the role that hormones may play in Myofascial Pain. It may provide answers as to why some female clients don’t respond as expected and how treatments may be adapted during menstruation, menopause and post-menopause.